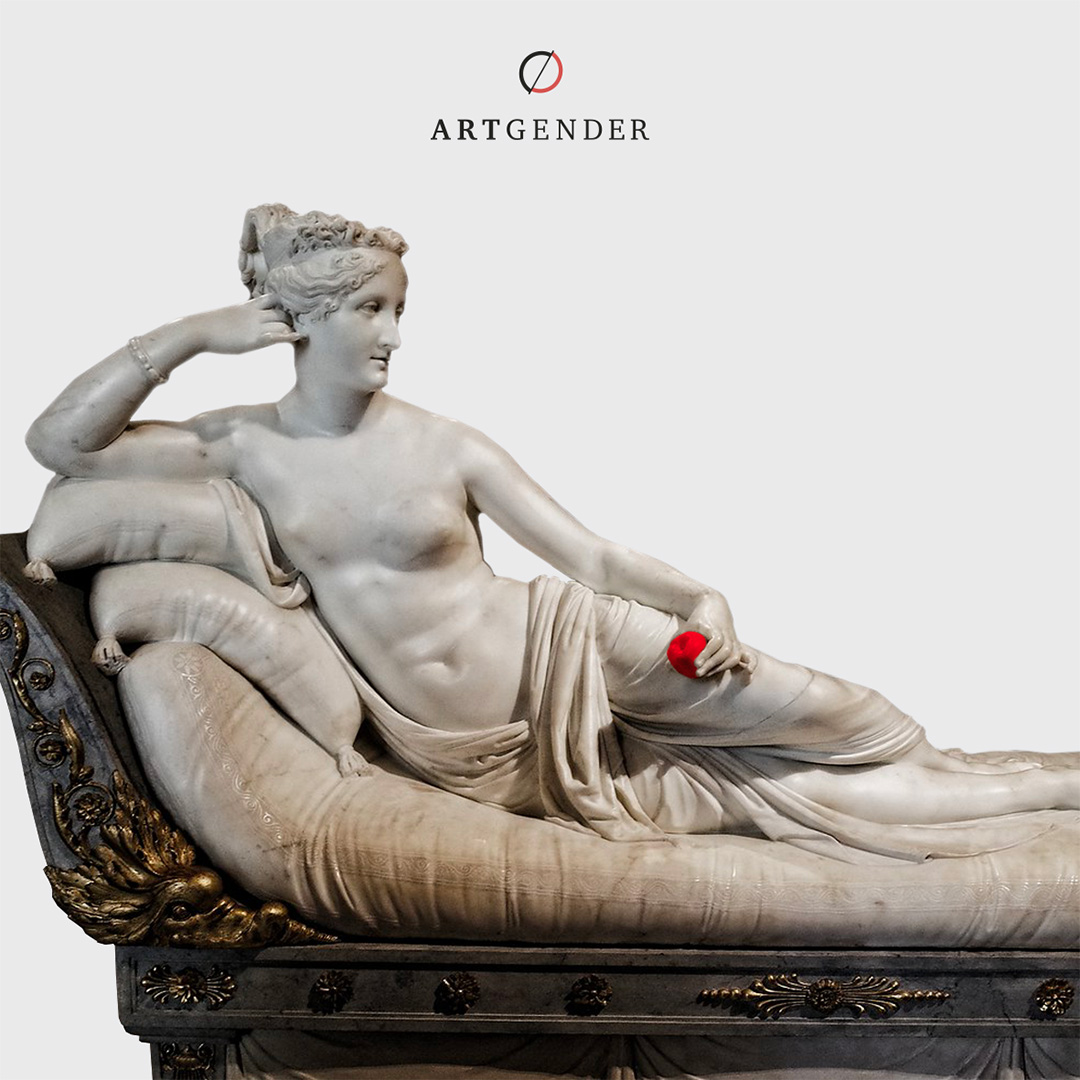 🍎  The apple – here highlighted by our iconic red – that Pauline holds in her left hand, evokes the Golden Apple that in classical mythology Paris assigned to Aphrodite, judging her the most beautiful among the goddesses. Pauline is thus associated with the goddess of love and beauty.

‣ Paolina Bonaparte was Napoleon’s sister who, however, once married, took her husband’s surname: the Roman prince Camillo Borghese

‣ The work was commissioned to Antonio Canova in honor of the royal wedding, in 1804, the year following Napoleon’s proclamation as Emperor

‣ The nakedness of the statue caused a sensation, arousing interest and curiosity, so much that the servants put in place a “clandestine” payment system to allow admiration. When the Napoleonic era passed, it was deemed appropriate to hide it, also to stop the “illegal” traffic of prying eyes