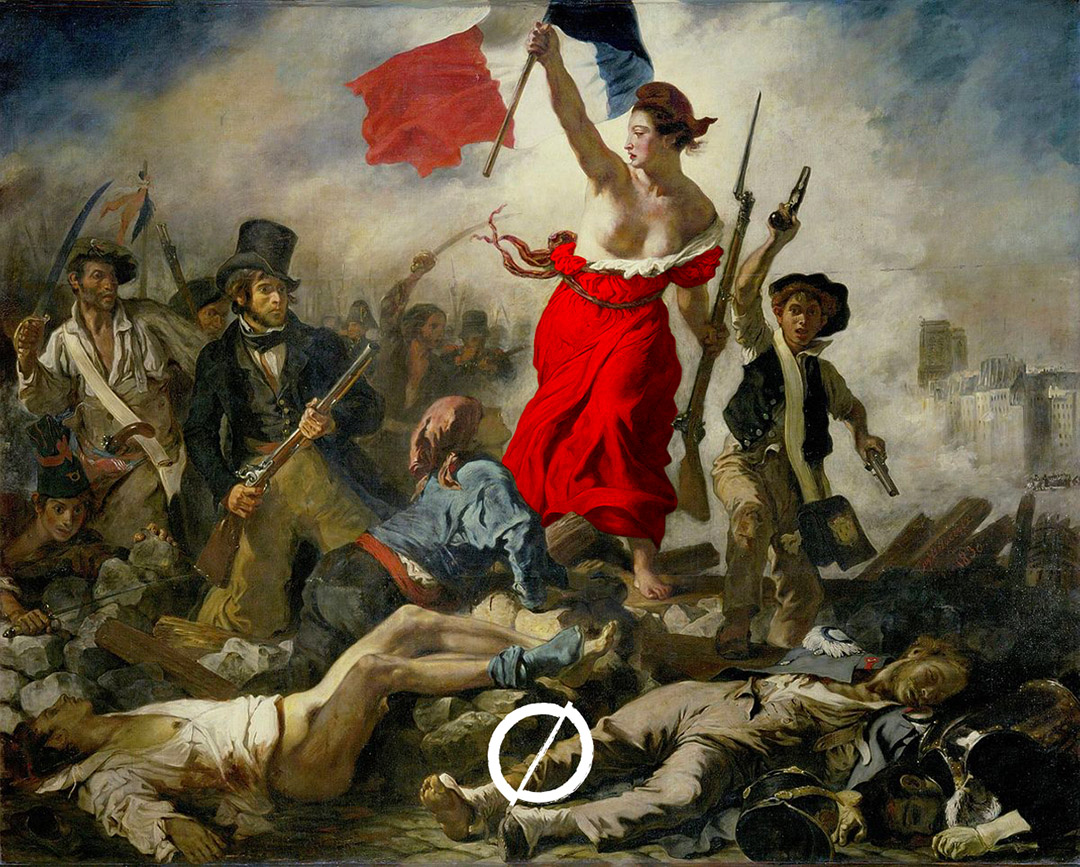 This is considered the 1st #political framework in the #history of modern painting: the French Eugène #Delacroix in fact, through his art, is the spokesman for a social message.

‣ The #woman in red is Marianne, the #allegory of the French Republic, which here also embodies Freedom. Waving the national flag, holding a rifle with a bayonet and wearing the “Phrygian cap” she guides everyone, regardless of age or social class, towards the oppressor king of France

‣ The #work was considered so #revolutionary and “instigator” to the revolt that, for fear it could contribute to arouse another desire for rebellion, it was hidden for a long time in an attic. After more than 20 years Napoleon III had the “courage” to show it at the Universal Exhibition in Paris, before it was permanently placed in the Louvre museum. Later, on the contrary, it became an iconography #symbol of #humanrights