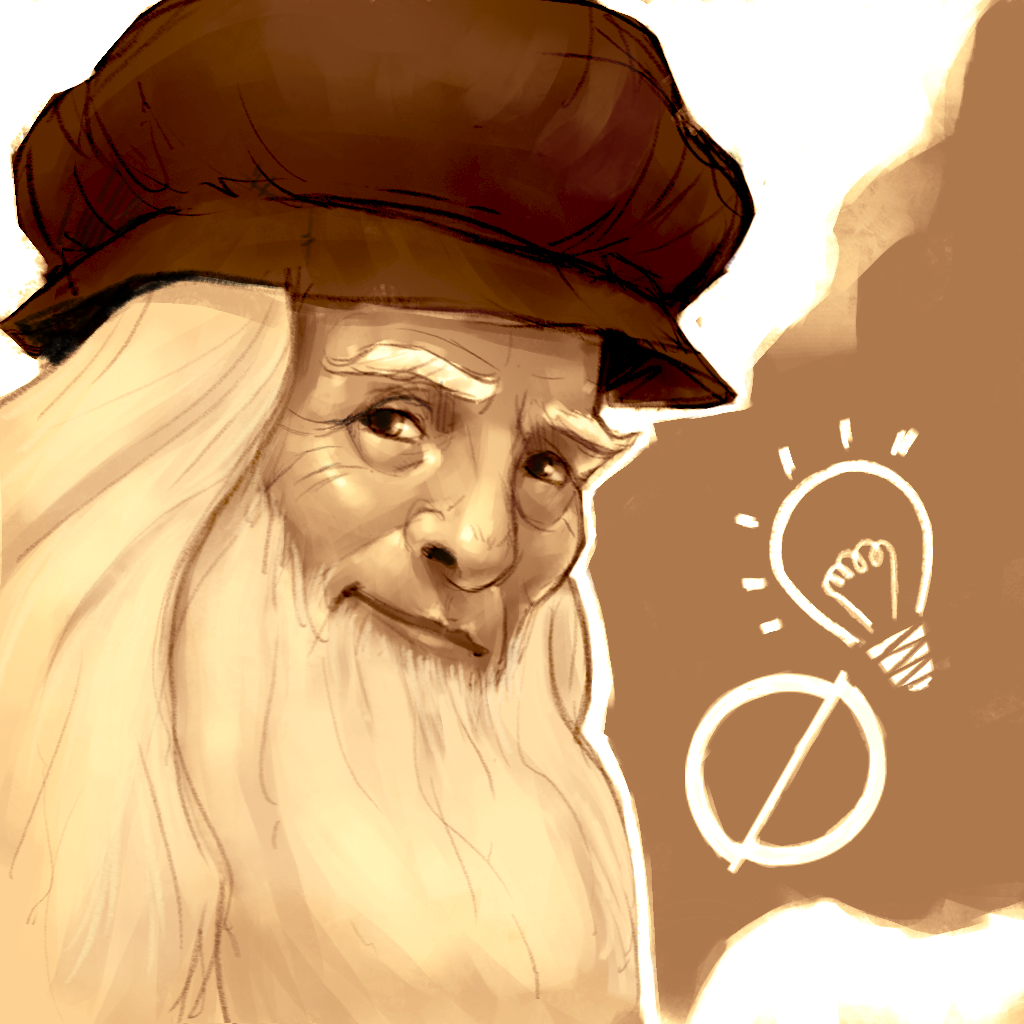 It has been said all about him, maybe too much. Here we will take a look at the determinant key moment of his life in order to understand his character.

500 YEARS AFTER HIS DEATH

Born out of wedlock to a notary and a woman of humble origins in a little suburb of Tuscany, Leonardo grew up with all the love he needed, although his mother was obliged to marry a peasant accepting the illegitimate paternity. Among the curiosities about him, his father Piero da Vinci got married four times and had six sons with the two last wives, so Leonardo had 12 brothers and sisters. He was educated in his father’s family house in a chaotic and intermittent way, so this did not allow Leonardo to develop his qualities organically; in fact in his time life, Leonardo had always difficulties in carrying out his projects. Moreover he learnt to write with the left hand and contrariwise maintaining the handwriting perfectly symmetrical to the normal one. When 12 years old he moved to Florence with the family and seen his pronounced skills and his bright premature intelligence, sir Piero decided to put him to work in the laboratory of the famous master Verrocchio, known among the greatest artists at the time. When only 20 years old he was no more considered a pupil but a renewed autonomous painter. But an already launched career and a wealthy father were not enough to satiate his thirst for knowledge. There has been also a period of silence during which Leonardo worked with a popular geographer and astronomer thanks to whom he had the chance to extend his knowledge of anatomy, physics and mechanics. After that he returned to his passion for art and in Milan he became ambassador of artisanal expertise of Florence. There, Leonardo had not particular happy times, but thanks to the Duke of Milan, Leonardo brought to life a lot of works of mechanic and artistic works. This period of activity was interrupted when France occupied the city, so Leonardo took refuge first to Mantua at d’Este marquisate and later to Venice. On his return to Florence in 1501, he found a community interested in other emerging artists such as the younger Michelangelo Buonarroti. Since Michelangelo was popular among conformists and there was bad blood between the two artists, Leonardo came back to Milan at the service of Louis XII of France. That was a very productive period full of satisfactions until when the Holy League expelled the foreign domination, giving back Milan to the Sforza family. Later, with the support of Giuliano de’ Medici, namely the brother of Pope Leone X, Leonardo went to Rome where he met Raffaello Sanzio and Michelangelo again. Just a couple of years later, his roman supporters died and Leonardo decided to spend a period of tranquillity in France where the king offered him a salary, an accommodation, servants and above all free time for his personal studies. He lived in Amboise until he died on the 2nd May 1519, when he was 67 years old. Before anybody else thought, Leonardo wrote these words in order to sum up his life’s philosophy: “As a well-spent day brings happy sleep, so a life well-spent brings happy death” (quoted in “A treatise on painting”). Through these facts about his life, we can notice that Leonardo never felt satisfied about his works like his colleagues did, he never rested on his laurels but he was always searching for new techniques, perspectives and experimentations. He was an outsider in terms of time and culture and also an innovator of thoughts and sights still valid today. Thank you Leonardo.