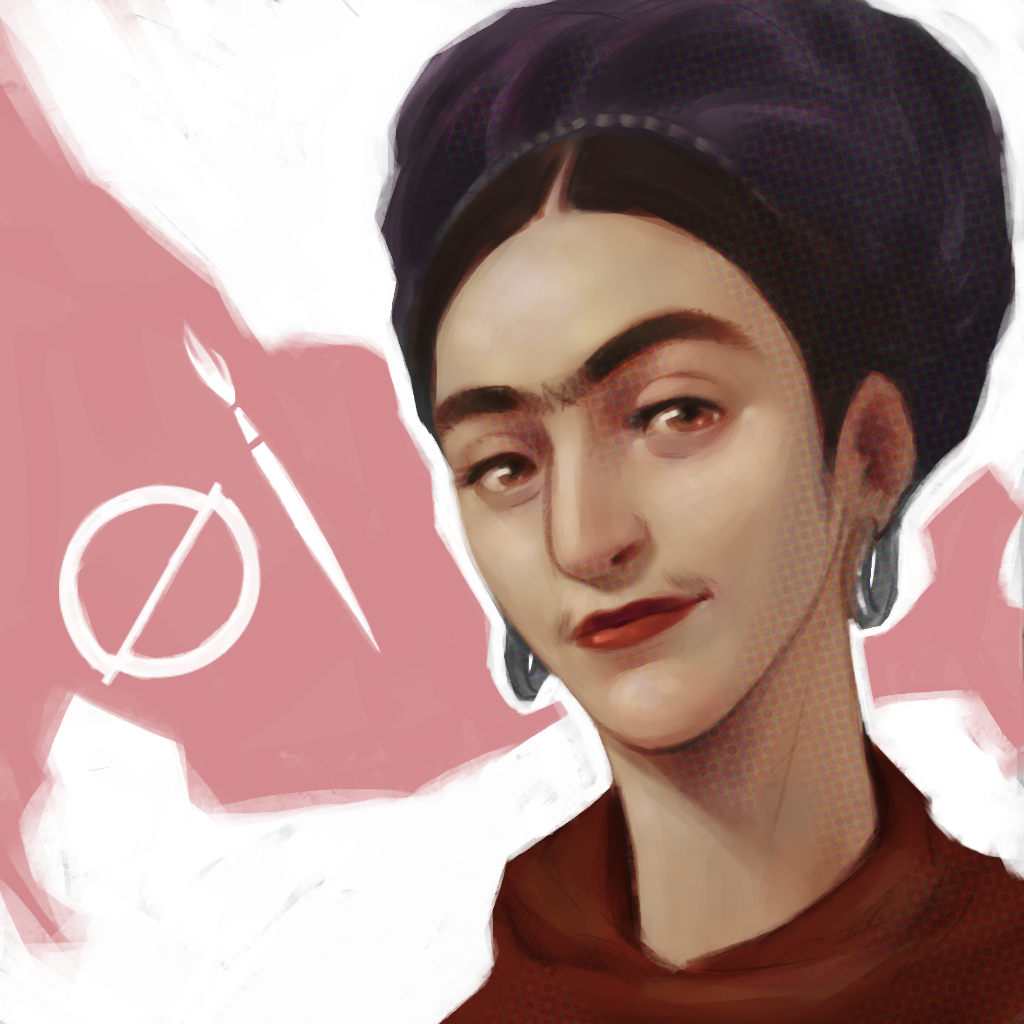 She has always painted her reality, not her dreams, as she told in an interview for Time Magazine. Magdalena Carmen Frida Kahlo y Calderón was born in Coyoacán, a suburb of Mexico City, on 6 July 1907.Her father Guillermo was a Jew photographer of German origins and her mother Matilde Calderòn y Gonzalez was a wealthy Mexican of Spanish origin. At the age of six her right leg was not entirely developed yet, so everybody thought she had polio. Actually Frida had spina bifida and the wrong diagnosis complicated her recovery of the leg and made her limping. She always tried to hide this condition: at first by wearing trousers and then the typical Mexican long skirts. Since her adolescence, she showed a strong personality and a peculiar artistic talent combined with an independent passionate spirit and the reluctance to any social convention. During her high school, she joined a student group supporting national socialism, admirers of the revolutionary Josè Vasconcelos. On 17 September 1925, at the age of 18, Frida got on the bus after school, but she was involved in a terrible accident: the bus crashed against a wall. Those consequences were devastating for her: her spine broke in three places, she fractured her femoral neck and some ribs and her left leg in eleven places, the left shoulder dislocated and the pelvic bone broke in several places; moreover, a bus handrail pierced her stomach through. She had to undergo 32 surgical operations and once released from the hospital, was forced in bed with an upper-body cast for years. This led her to read many books, especially those on communism, and to paint. Her first work was a self-portrait that encouraged her parents to give her a canopy bed with a big mirror on the ceiling so that she could see herself. She started, since then, a self-portrait series. After the cast had been removed, Frida hardly walked and managed to succeed in small movements, but strong pains never left her. Then Frida dedicated herself enthusiastically to the painting and despite the pain and suffering due to the accident, she kept being the rebel, unconventional and lively girl she had always been. One day she decided to submit her paintings to the judgement of Diego Rivera, a well-known painter of the time: Rivera was so impressed by her style that he took her under his wing and introduced her into the Mexican political and cultural life. Frida became activist of the Mexican Communist Party and took part in many demonstrations; in 1929 she married Diego Rivera who was a tall, impressive, fat and a quite shabby man but also clever, cheerful, impetuous and known to be a Don-Juan. In the 30s, Diego was commissioned to do some art works in the United States, such as the decoration of the wall inside the New York’s Rockefeller Centre and the frescoes for the universal exhibition in Chicago but, because of some desecrating works he realized – like a painting of a workman that had Lenin’s face – these commissions were revoked. While they were in New York organizing a solo exhibition, Frida discovered she was pregnant. However, her weakened body led her to a miscarriage that shook her deeply and persuaded the couple to come back to Mexico. The two decided to live in two separate houses, linked by a bridge, so to have their personal artistic space to work. From 1938 Frida’s pictorial activity increased and turned towards a naïf style that led her to paint small self-portraits inspired by popular art and pre-Columbian traditions. The obsessive relationship with her tormented body became one of the key features in her art. In 1938 the surrealist poet André Breton was very impressed by her works and the following year he arranged for her an exhibition in Paris, the city where she could meet the Surrealists even going with her canopy bed in the cafés and trendy night clubs. What can be regarded as her most surrealist work is the painting “What the Water Gave Me”, in which symbols of fear, sexuality, memory and pain float in the water of a bathtub from which the legs of the artist emerge. Extremely surreal is also her private diary, started in 1944 and kept until her death: a sort of interior monologue punctuated by words and images. In this diary she describes her passionate love story with Rivera, but also about her lovers of both sexes, including Lev Trotsky, exiled in Mexico. In 1939 Frida and Diego divorced because of their many mutual betrayals, but especially for his cheating to Cristina Kahlo namely Frida’s sister. One year later, Diego came back to Frida telling he had never stopped loving her and asked her to marry again. Then they remarried in 1940 in San Francisco. In 1953 in Mexico City there was an important exhibition of Frida’s works. One year later, on 13 July 1954, Frida died in her city of birth due to pulmonary embolism at the age of 47.She was cremated and her ashes have been always kept in the same house where she lived, that today houses the Frida Khalo museum. The last words she wrote on her diary were: “I hope the departure will be joyful and not to come back ever again”.