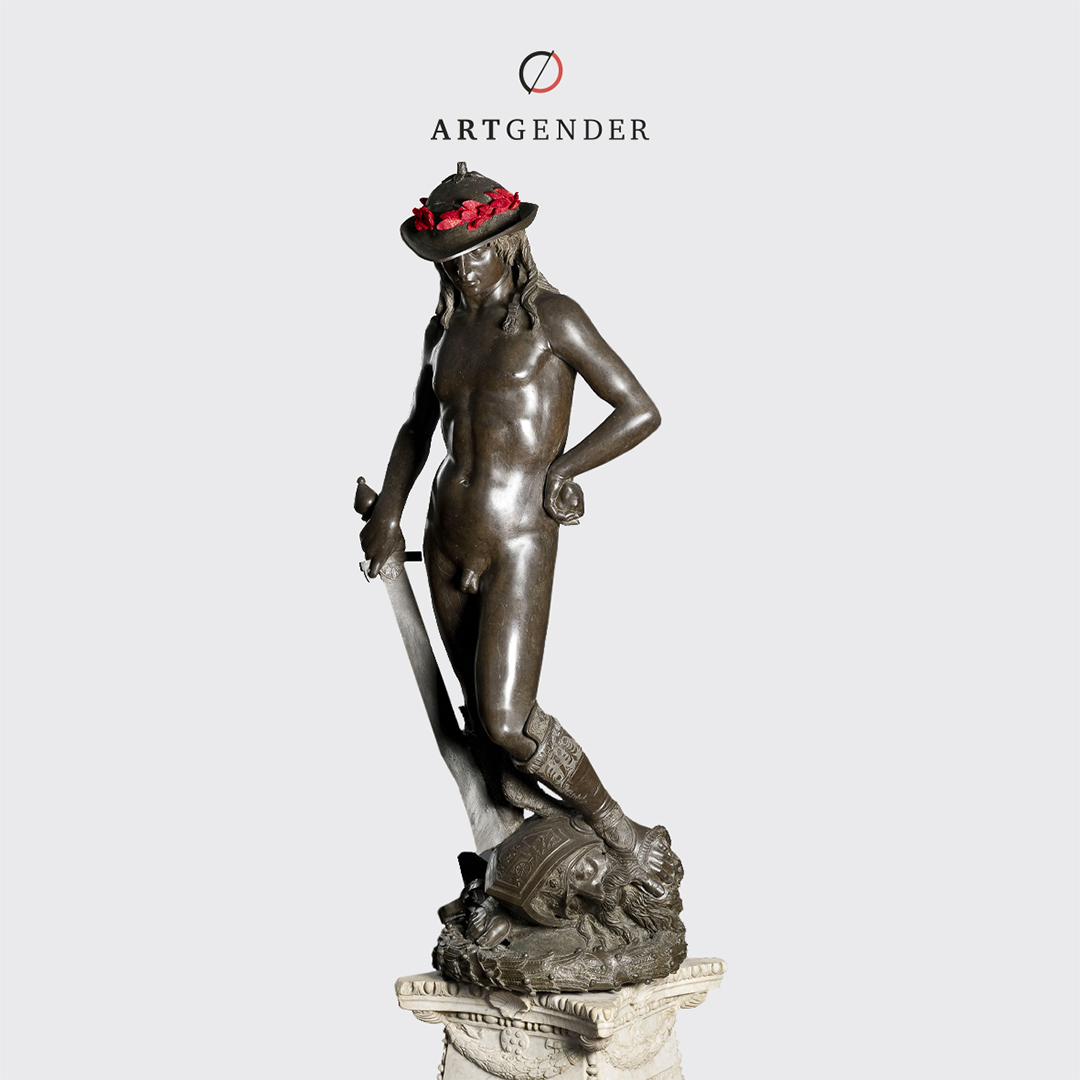 ‣ David is the heroic biblical character who kills Goliath, whose head is severed on the ground. But it’s the details that make this sculpture so interesting: looking better, we notice the winged shoes that are typical of the pagan god Mercury, protector of merchants. This element was a tribute to the work’s client, Medici family, whose activities were based on trade.

‣ Temporarily located around the middle of the 1400s, it’s the first nude – from ancient Rome – made as a #statue in its own right and not as an ornament of architectural structure. Donatello’s skill was to create a pose and shapes that were courtly and natural at the same time, a proud face of victory but also innocent and daring just of a young man. Finally, turning around it, we see that the artist’s paid the same attention in every point of his work, detail worthy of a masterpiece.