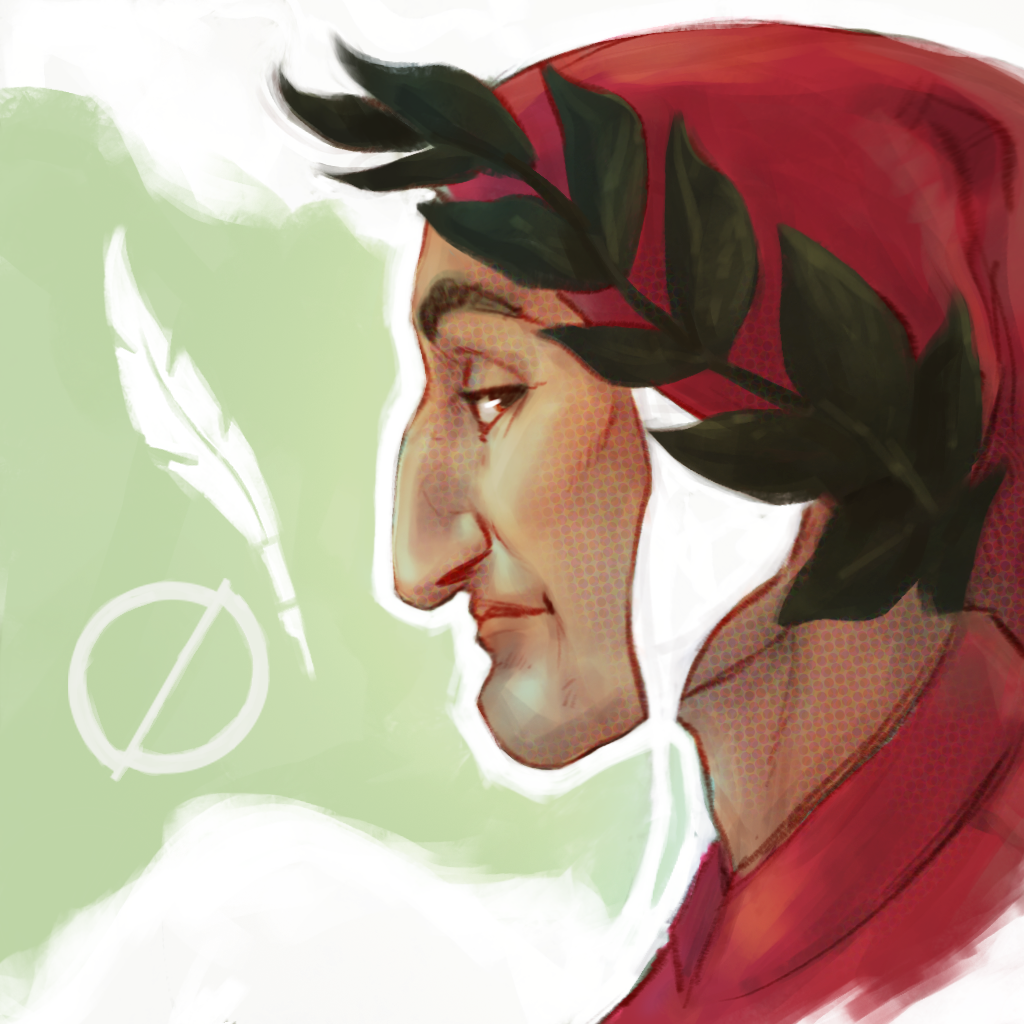 Dante Alighieri, father of the Italian language and man of deep human dignity

Dante Alighieri is a great poet, he is the father of the Italian language and one of the reason why Italy is famous all over the world. His work “The Divine Comedy” is universally recognized as the masterpiece of global literature written in Italian.
Not only a famous poet and writer, he has been an important linguist, philosopher and political theorist. In last few years his notoriety has been widespread both through the representation of his face on the surface of the two-euro coins (painted by Raffaello Sanzio) and through the interpretation of his words made by actors such as Roberto Benigni or Vittorio Gassman. Although he is widely known, maybe it is not highlighted enough his tenacity and strength as a real man rather than as a simply author.
Dante received a classical and rigid education until when he came into contact with people coming from far places and cultures; in fact among those people Dante dearly reminds Sir Brunetto Latini in one of his quotation.Also he studied in Bologna and in Paris.
When 12 years old, Dante was promised in marriage to Gemma Donati whose family was one of the most important in Florence; subsequently the Donati family became the opposite point to his political group: Black Guelphs. He never loved his wife, in fact there are neither words nor quotation dedicated to her. From this relationship three sons came up (another one uncertain). The real Dante’s true love is Beatrice, as everybody knows. We don’t know a lot about her, but her name is associate to Bice, a woman who Dante knew when 12 y.o. and who he had an extramarital relationship with. Her early death has been the reason why the poet felt the necessity to make her eternal in his writings. Aside from poetry and inspiration, he was particularly passionate about politics. He put efforts to counteract the clerical hegemony of old Tuscan nobility in favour of a “new” aristocracy which was without any histories bur richer, namely the same aristocracy where Dante came from.
Political disagreement and direct contrasts with Pope Bonifacio VIII were source of problems and determinant causes of his banishment from his beloved Florence. In this isolation, without wife or sons, he dedicated himself totally to the writing and in that period he composed “Convivium” and “The Divine Comedy”.
What comes out from his biography is a deep dignity of a man who wanted to make immortal his beloved woman through writing. A man who really loved and protected his hometown to the point of being exiled; moreover he loved its inhabitants not indulging them but offering them a common language as an instrument of common power. Dante was a great man who never flinch from his duty and by so doing he awarded fame and pride to his country. A man to whom we must to be grateful.