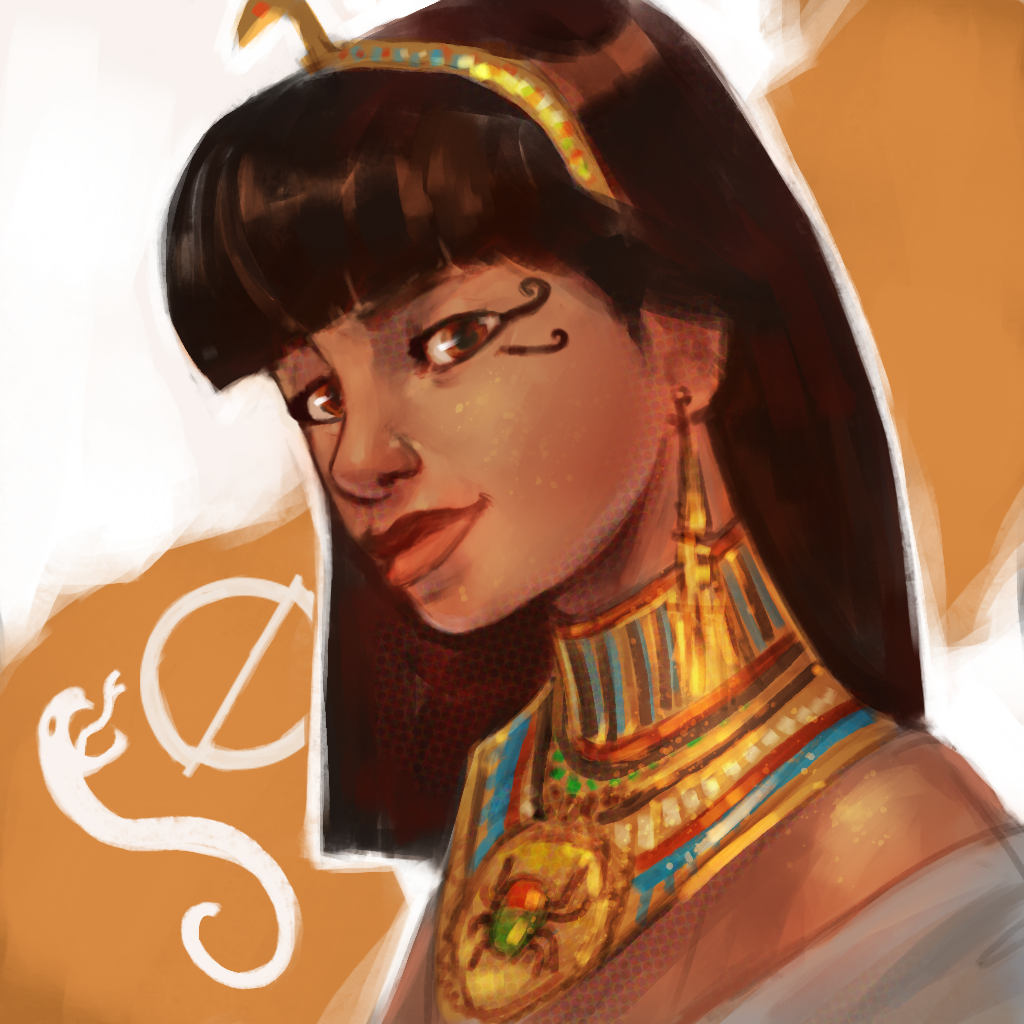 Cleopatra is definitely the woman who we more have heard about, we can find her in a lot of paintings, books and stories.
She was the last active ruler of the Ptolemaic dynasty and her reign began after her father’s death. She took the throne as regent sovereign at the age of 17 because her brother Ptolemy XII was too young to do it.

Life at court was becoming intolerable because of her strength and despotism, then she was obliged to escape on the suspicion of her brother attempted murder. Cleopatra fled towards the eastern border of the reign where she gathered an army with which regain the throne of Alexandria. So the war was in the making between Cleopatra army and her brother’s army commanded by Theodate. But fate decided that Ptolemy would have been defeated in a battle by a roman legion of Cesar who walked in Alexandria as winner. The city was surrounded on one side by roman troops and on the other side by Theodate. What she could do? Witty Cleopatra did not lose heart and managed to penetrate into the palace by sea, wrapped in carpets. When she came out smiling and charming, Cesar couldn’t resist and felt in love with her.

After that the young brother became bothered once he heard her sister’s return to the palace, so he decided to besiege Cesar and the palace causing the destruction of the Alexandria library as well. Cesar received reinforcement from Rome and once he won the battle, he lived few years in Egypt with his beloved woman. They had a son called Cesarione. While, when in Rome, they lived in the Farnesina Villa, but after Cesar murder, Cleopatra had to go back to Alexandria since there was not a safe environment.

Cleopatra was a clever and powerful woman, aware of her charming personality and when the new roman leader Marcus Antonius sat a course for Syria, she went in ahead of him and bewitched him with that mannerism typical of a polished princess. In 41 b.c. the two lovers began their well-known life of luxury and leisure during which they had three sons.

Cleopatra yearned for a unique reign (the Roman and the Egyptian together) and she also ruled in the Roman Senate. But this was too much for the consul Octavian, in fact he put together an army against the usurper and husband/territory-stealer Cleopatra. In 31 b.c. the crucial battle took place in Azio where, failing at the resistance to enemy, Antonius killed himself with his sword and Cleopatra with a poisonous bite of a snake.

By so doing her dreams crushed, but Cleopatra entered the history like the powerful woman who obstinately tried to avoid that Rome could become an Imperial reign.