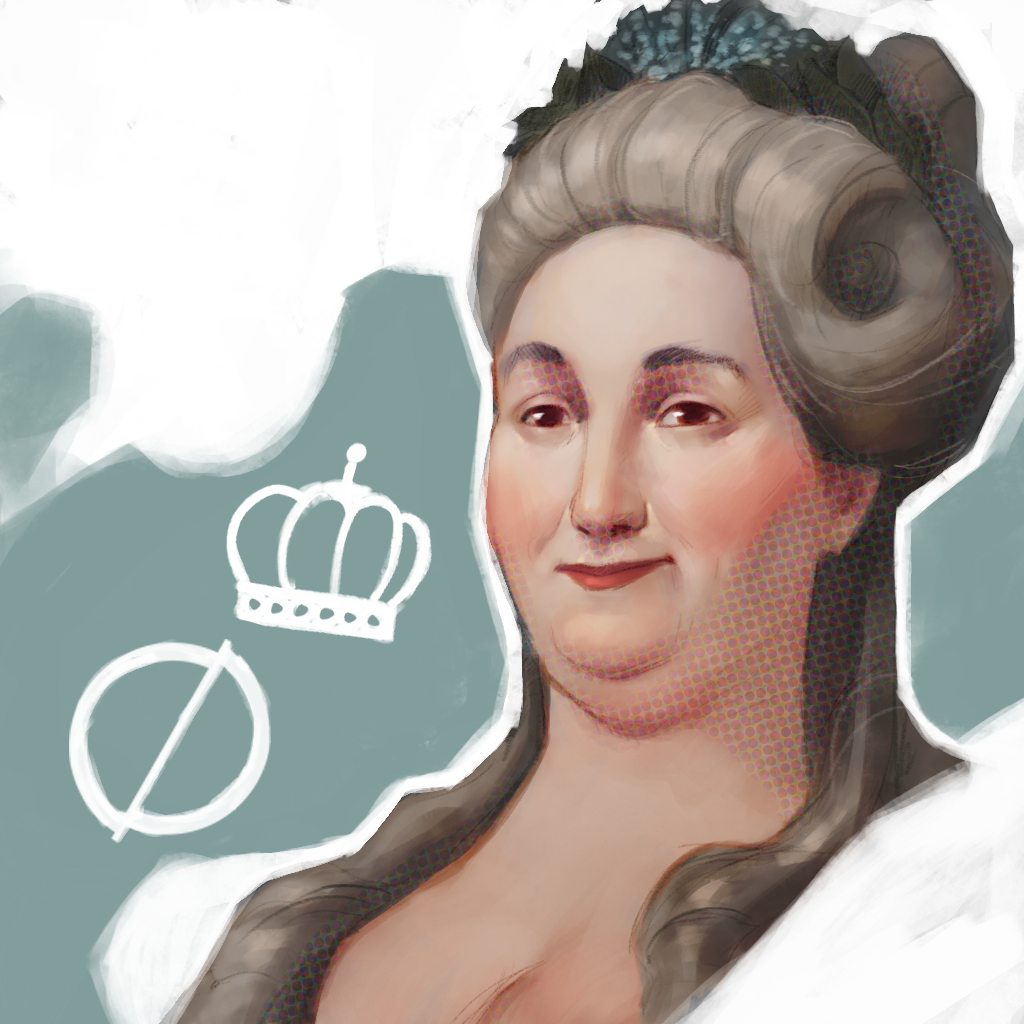 Sophie Friederike Auguste of Anhalt Zerbst, also known as Catherine the Great, was born in Stettin on 2nd May 1729. Even as a child she showed a flamboyant and vibrant character, marked by a strong curiosity and a great pride. When still 16 years old, she was given in marriage to the heir of the Russian Empire: Peter Fedorovic, also known as Peter III of Russia once on the throne. Due to the Peter’s alcohol addiction this marriage was unhappy, in fact Peter was used to mistreat and mortify his wife both in private and in public life. Then Catherine devoted herself both to the reading of illuminist authors such as Diderot and Voltaire and to Russian affairs; by so doing she became popular among movements against Peter. After a coup d’etat led by her lover Grigorij Orlov, Peter was arrested and murdered in prison. So Catherine ascended to the throne in 1762 and crowned Empress of Russia. As the illuminist tradition reports, the Empress centralized all powers and took the control of any governing activities. She implemented a number of reforms after she foiled an insurrection: provincials and districts were created to better manage rural areas, finances were replenished, Crimea and all the eastern regions of Poland were annexed to the Empire domination. Also, Catherine played an important role on the European politic scene where she has been the mediator during the war between Austria and Prussia in 1780 and created an army in order to protect the independence fleets from the Great Britain during the American revolution. She also entered into war against Sweden and Denmark without being defeated. On the internal political side, Catherine set the nobility free from taxes and mandatory services, made nobility inherited and gave to nobles the control upon serfs who were living in their territory. Education and healthcare were marked by illuminist inspiration: in every region were opened schools and hospitals for young and old people and every city was endowed with pharmacies and doctors. A lot of intellectuals and artists took advantages from her protections, for example Leonhard Euler and Giovanni Paisiello. Moreover she grappled with writing: she wrote autographs works, articles, satire’s draft and treatises marked by a confrontational tone. Among her comedies, “the Siberian wizard” and “the cheated” are often reminded. Since she had a lot of lovers and an intense libertine sexual life, some historians report she had a room furnished with particular tools that she used for her intimate meeting. Catherine died in 1796 at the age of 67. Her reign is remembered both as an example of illuminated despotism and as a golden age of the Russian Empire.